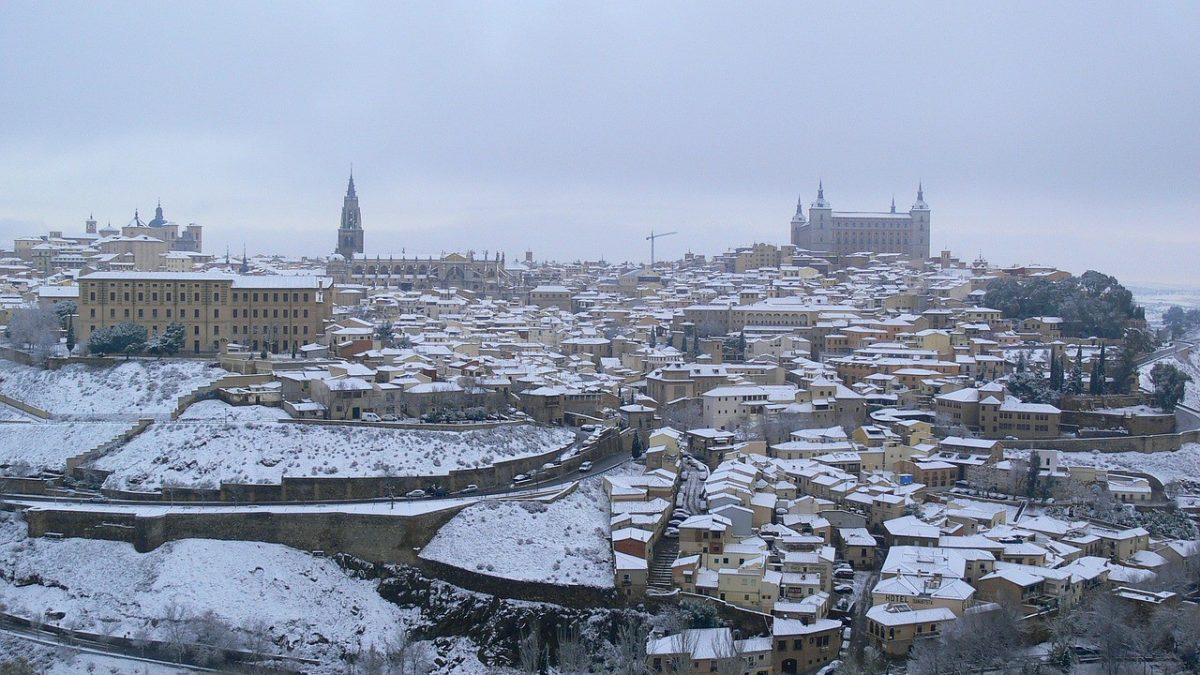 Climatic conditions in different parts of Spain can vary considerably. But in any case, the Spanish winter has little to remember us – with its cold, snowy snowdrifts on the knee and above and sometimes complete absence of sun. In the north and northwest of the Kingdom of Spain, the weather is wetter and the climate is considered sea. But if you think the north of Spain is the coldest place in winter, then you’re wrong. The average temperature between December and February is from +6°C to +8°C. And sometimes the thermometer column rises even to +14°C. However, it often rains, as it is the northern regions that receive the maximum amount of precipitation in winter.

On most of the Mediterranean coast the air temperature is almost the same as in the north (up to +8°C). However, there is almost no rainfall (November and October are considered the rainiest months). It is even warmer on the southern and south-eastern coasts. Winter temperatures remain between +8°C and +10°C with no precipitation. The further away from the sea, the less its influence and the lower the temperature during the winter months. On average, temperatures in the central part barely reach +3°C, with no precipitation. Meteorologists predict that this winter will be even warmer – not only in the south and south-east, but even in the north. This time the air temperature will exceed last year’s by 1-3 degrees.

What to do in Spain in winter? Sports and sightseeing

So, what do you do in Spain on warm winter nights and days? Firstly, you can do the same as thousands of tourists who come here in the winter – go sightseeing. In winter there are fewer tourists than in summer and autumn, so there are no queues or large crowds in the streets, museums or entertainment venues. The Prado Gallery in Madrid, the Guggenheim Museum in Bilbao and the city of Gaudi await you. If you want active recreation, head straight to one of 30 Spanish ski resorts. The most famous of them are the Sierra Nevada, Formigal, Masella, La Molina and others. Sports fans will have great fun buying a ticket to a La Liga football match.

From January 7th a grand sale will start in Spain, which lasts for 2 months. At the last stage, discounts can reach 90%! On the other hand, the closer you get to the start of the sale, the more choice you have, the more likely you are to find exactly your size, suitable color, etc. Therefore, if you are in Spain this winter, we advise you not to wait for the last days of the sale, but to start visiting the shops as soon as possible. According to many shopping lovers in Spain, the best city for this wonderful activity is Barcelona. There are around 35,000 shops on sale in and around Barcelona!

In winter there are a lot of cultural events in Spain – exhibitions, traveling expositions, festivals, folk festivals. We will not dwell on the peculiarities of New Year celebrations in Spain, as a separate article is devoted to it. But there are a lot of other winter celebrations. Thus, on January 14th a parade of masks took place in Spain – a tradition that has been preserved since ancient times. In different parts of Spain, winter holidays can be celebrated. Usually they are dedicated to the patrons of a particular region, Christian saints, famous compatriots, change of seasons, achievements in sports music … In short, there is always a reason!

Bright and cheerful costumes, temperamental music, a sea of fun and good mood – this is how the Spaniards celebrate their holidays. Some tourists intentionally travel to different cities in Spain to visit as many of these events as possible. If you want to buy property in Spain, please follow this link https://yes-mallorca-property.com/offers/typeprop/land-plot/.